July 15, 2019 – As was announced last month, the Illinois Manufacturer’s Purchase Credit was reinstated as a sales tax exemption effective July 1, 2019.

The Illinois Department of Revenue has not released detailed guidelines on a revised sales tax matrix for the industry, and it is recommended that companies continue to process sales tax as you have in the past.

Please contact your accounting firm for any regulations you must follow. Also, the IDOR has a FAQ webpage for your reference with a link to their inquires form.

June 14, 2019 – As many Illinois Press Association and GLGA members are aware, staff worked very hard during the 2017 budget battle to advocate and ultimately pass a permanent reinstatement of the Graphic Arts and Machinery Equipment tax credit. As part of our efforts during that time, graphic arts production was once again recognized as a manufacturing process, thereby allowing those in the graphic arts profession to take advantage of the same tax credits used by other Illinois manufacturers.

Despite our efforts during that heated spring legislative session almost two years ago, the Manufacturer’s Purchase Credit or MPC remained expired and unavailable for commercial printers to help offset other production costs. Rules for utilizing the “old” MPC were difficult and hard to understand for most newspapers and commercial printers. Recordkeeping was even more difficult. For example under the old statute, let’s say a printer bought a $100,000 piece of equipment that was eligible for the Graphic Arts tax exemption and MPC. The Illinois Use Tax rate is 6.25 percent; so, the printer effectively “saved” $6,250 because of the Graphic Arts tax exemption. The available MPC would have been 50 percent of the $6,250 or $3,125. The printer would then have had until the end of the second calendar year following the calendar year in which the MPC was earned to utilize the credit.

The MPC has been reinstated and modernized, allowing Illinois’ manufacturers to save tens of millions of dollars. Beginning on July 1, 2019, the MPC will function as a straightforward sales tax exemption. This means that Illinois manufacturers, a definition that now includes graphic arts production, will no longer pay state or local sales tax on items consumed in the manufacturing process such as lubricants, coolants, fuel, oils, adhesives, and other such products.

After rules have been established, we will be developing a tax matrix for the MPC and what qualifies for the credit. The new modern structure eliminates the old convoluted process for obtaining an MPC and replaces it with a permanent and straightforward sales tax exemption making it far easier for printers to utilize.

February 12, 2018  – The Illinois Department of Revenue is awaiting the Governor’s office approval to sign off on preliminary rule-making for implementation of the regulations governing the Graphic Arts sales tax exemption, including frequency requirements for filing of the ST-587.

Presently, an ST-587 must accompany every non-taxable purchase in order for your company to take the tax credit. Soon the Illinois Joint Committee on Administrative Rules (JCAR) will open discussion on these rules and will be seeking input from Illinois companies that utilize this tax exemption. Download the current ST-587 by clicking here.

WE NEED YOUR INPUT.

Companies that qualify should submit their thoughts or ideas in writing to Bill Gibson, Illinois Director of GLGA, at bgibson@glga.info. I will see to it that this information is filed as soon as public comment is open.

November 1, 2017 – Now that Graphic Arts in Illinois is rolled into Manufacturing Machinery and Equipment, you will have to complete a ST-587 for EACH purchase as there is no blanket certificate for manufacturing machinery and equipment. Download the current ST-587 by clicking here.

If you have specific questions on the reinstated law, feel free to contact GLGA Illinois Director Bill Gibson at (312) 704-5000 or bgibson@glga.info. Or, you can contact Benjamin Sutton at (217) 524-4690; Benjamin oversees Graphic Arts at the Illinois Department of Revenue in Springfield.

July 6, 2017 – After a hard fought legislative session, I am pleased to announce that the Graphic Arts sales tax exemption has finally been restored!  The credit is now PERMANENT and exempt from automatic sunset laws.  Due to our efforts in Springfield the Graphic Arts sales tax exemption became part of the Manufacturing Machinery & Equipment exemption effective July 1, 2017.  This is a HUGE win for all GLGA members.

The law now allows a permanent sales tax exemption for graphic arts and printing equipment, which at a MINIMUM is equal to $6,254 for every $100,000 spent on covered equipment.

The state legislators became aware of our industry through member visits to Springfield, letters, emails, and my presence in the capitol to tell our story and give a clear understanding of who we are along with our partners (the Illinois Press Association and the Illinois Manufacturers Association). To date the state has more than 2,300 print manufacturers that employ 55,000 Illinois workers and ship more than $9 billion annually in product.  Carrying the GLGA banner in Springfield on behalf of all printers in Illinois has been, to say the least, a committed task that your Board of Directors has supported since the Illinois Graphic Arts exemption sunset on August 30, 2014. I have been on top of this issue before the sunset came into effect, and with your help we have made a significant impact with our lawmakers in Springfield letting them know our industry is strong in Illinois and we have a voice.

Funds collected from Illinois members of GLGA along with a line item in the budget have allowed me to work with our state legislators in getting back the Graphic Arts provision. I also positioned our association with the Illinois Press Association, specifically Josh Sharp, and the Illinois Manufacturers Association in an alliance to form the Advance Illinois Manufacturing Coalition (AIM), to make our voice stronger in Springfield and push for the extension of several critical tax incentives including the Graphic Arts provision.

I will be working with Andrew Klemens at BKD and the Illinois Department of Revenue to assist member companies for clarification for printers and print manufacturing companies that purchased equipment after July 1, 2017.  Once I receive guidance, I will provide that information to you.

Again, I thank each company and the GLGA Board of Directors that stepped up to the plate with funds, emails, letters and phone calls to legislators which helped to earn this victory in Springfield.

June 6, 2017 – The results are in, and they’re not pretty. Members of the Illinois printing community were recently asked to provide information related to two key questions.

1) What is the cost of the equipment that you are holding off on purchasing since the Graphic Arts production credit expired?

2) How many employees would you have added if you purchased this equipment?

The responses reveal that Illinois’ print industry has put on hold a staggering $46.6 million in equipment purchases since the expiration of the Graphic Arts tax credit in 2014. Even worse, Illinois printers would have added 204 more jobs during that time if legislators in Springfield had acted to restore the credit.

Bill Gibson, Illinois Director for the Great Lake Graphics Association, called the state’s failure to act “indefensible.” Illinois remains the only state in the U.S. without a tax credit for printers, finishers, postpress companies, or other industry suppliers. “Without this credit Illinois is essentially taxing production; this causes tax pyramiding, higher prices and ultimately kills jobs,” he said.  Gibson added, “The poll results speak for themselves: legislators should act immediately to reinstate this incentive and help grow Illinois’ economy.”

The Illinois printing industry has been affected by the crippling loss of the sales tax exemption and manufacturers purchase credit ever since both expired in August 2014. GLGA has been leading the battle in Springfield to have both critical incentives restored.

As a member of the Advance Illinois Manufacturing (AIM) coalition, a diverse group of business industries across the state of Illinois, GLGA is advocating for modern and permanent extensions of four critical tax incentives that will provide stability and predictability for job creators. Among the key points of AIM’s Legislative Agenda are reforming the Manufacturers Purchase Credit to make it permanent by merging it into the Manufacturing Machinery and Equipment Exemption and reforming the Graphic Arts Sales Tax Exemption to make it permanent. AIM also wants to have printers reclassified as manufacturers; Illinois remains the only state in the country to not recognize printing as a manufacturing activity.

March 3, 2016: The fight continues to restore Illinois’ critical graphic arts sales tax exemptions. A diverse group of business industries across the state of Illinois has launched a coalition committed to advocating for modern and permanent extensions of four critical tax incentives that will provide stability and predictability for job creators.

Advance Illinois Manufacturing includes members in the manufacturing, agriculture, printing, biotech and other important sectors of the state’s economy. The AIM Coalition is advocating for permanent tax solutions to ensure that a wide variety of industries in Illinois remain competitive in the marketplace. AIM is hoping the legislature will support a series of legislative measures that must be adopted to create a secure business environment to further existing manufacturing interests as well as future investment.

“We need to do more in Illinois to embrace the compromising spirit and attract business growth and development here,” said state Rep. Mike Zalewski, D-Riverside, the bill’s chief sponsor. “These tax credits will provide targeted incentives with measurable benefits for employers large and small. My hope is we can use this package to build consensus on innovative ways to grow our state.”

Among the four key points of AIM’s Legislative Agenda – HB 5717 sponsored by Rep. Zalewski are reforming the Manufacturers Purchase Credit to make it permanent by merging it into the Manufacturing Machinery & Equipment exemption; and reforming the Graphic Arts Sales Tax Exemption to make it permanent. Both tax incentives sunsetted in August 2014, significantly affecting the printing industry in the state.

“Presently 49 other states offer some kind of economic incentive to commercial printers engaged in manufacturing activity,” said GLGA’s Bill Gibson. “So the renewal of these incentives is critical to the survival of the commercial printing industry in Illinois. Unfortunately, due to gridlock in Springfield and the expiration of serval pro-business credits, companies are at disadvantage in the marketplace. When lawmakers talk about making Illinois more competitive, about more small business opportunities and about stopping job losses to other states – this is exactly the type of legislation they should be supporting.”

“Illinois needs a stable tax code that will lead to new job creation and increase our position of strength in technology and innovation,” said Mark Denzler, Vice President/COO, Illinois Manufacturers’ Association. “It’s imperative that we advance these four critical tax incentives to keep Illinois manufacturing competitive and to effectively advocate for an industry that employs 570,000 workers in Illinois and contributes $101 billion in total manufacturing output.”

Pictures from the 2015 Legislative Day:

A delegation of Illinois printers and equipment manufacturers went to the State Capitol in Springfield, IL, on April 23, 2015, to fight for the reinstatement of our industry tax incentives. From left: Sen. Kimberly Lightford (D-Westchester) meets with Mary Richards Lawrence, Richards Graphic Communications.

The future of your company and Illinois’ print industry depends on everyone’s active involvement. Let’s work together to bring back what we have lost and further our position as a necessary industry to the rebuilding of the State. Tell your legislators to stop their political budget battles and to get back to making Illinois a hospitable state for the printing industry. 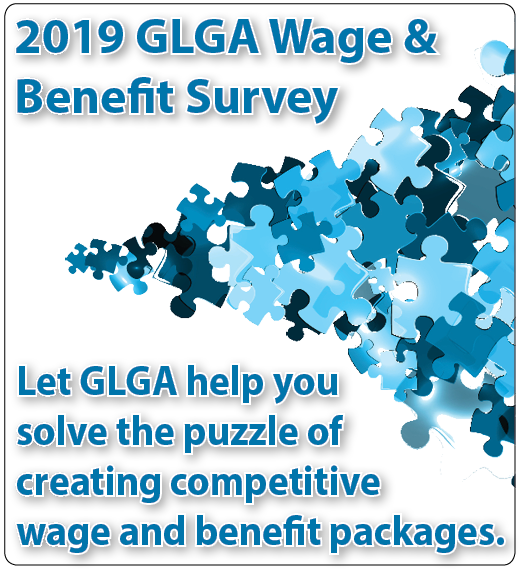