June 22, 2017 – The 2017 Print & Packaging Legislative Summit took Capitol Hill by storm on June 20 and June 21. More than 50 representatives of the print and packaging industry took their message to the lawmakers in Washington, DC. This year’s agenda called for greater emphasis on topics such as workforce development, tax reform, smarter regulation, postal reform, and health care reform.

The Summit kicked off with a partner luncheon with the National Association of Manufacturers (NAM), Vice President Mike Pence, and Speaker of the House Paul Ryan (R-WI). “American manufacturing is roaring again” was the message the Vice President conveyed throughout his remarks while Speaker Ryan honed in on the need for tax reform to ease the financial burden placed on business owners. 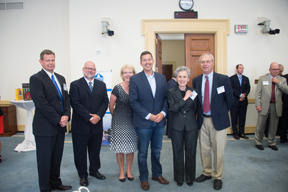 That evening, attendees again gathered at the Rayburn Building for a reception which included US Rep. Sean Duffy (R-WI), who spoke about how important paper and print/packaging is to Wisconsin’s economy. During his remarks, Representative Duffy reaffirmed his commitment to working to passing pro-business legislation that will keep the industry strong. After the reception, attendees met with special guest US Sen. Todd Young (R-IN), who spoke about the need for healthcare and tax reform.

Wednesday morning started bright and early at the NAM breakfast with Secretary of Labor Alex Acosta.  The Secretary shared his vision for closing the skills gap and re-introducing apprenticeships in the workplace.

Following breakfast, Joseph Lyman, President of GLGA, and Rob Straka, Vice President of Priority Press, Indianapolis, IN, met with representatives and senators their staffs throughout the three-state region to reinforce the need for workforce development legislation, postal reform and pro-business tax reform. Lyman said, “Legislative action on tax and postal reform, as well as workforce development, is vital to ensure that our industry can continue to remain competitive. GLGA is committed to fighting for the passage of pro-business legislation and regulations to help its members.” 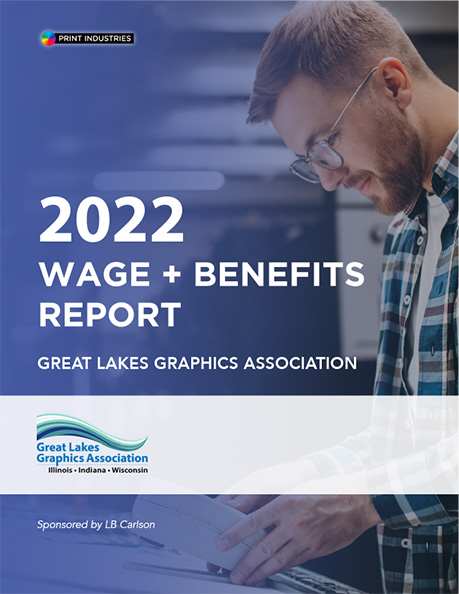